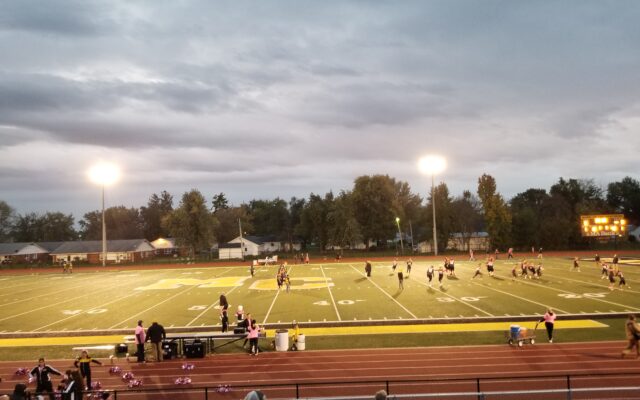 Monroe City outscored Macon 20-0 in the second half to take control of the Clarence Cannon Conference with a 32-8 victory. The Panthers scored three plays into the game.

Austin Ward with the call on Glory 97.3 and centralmoinfo.com. Ceaton Pennewell scored from one-yard out on Monroe’s next drive to put the Panthers up 12-0. Macon responded.

The Tigers converted the two-point conversion on a pass from MyKel Linear to Bryant Carpenter and that 12-8 score held until halftime. Pennewell scored twice more in the second half and DeGrave capped off the night with a 51-yard touchdown run. Coach David Kirby was pleased with the defense.

Jalyn Countryman had a key interception late in the first half after ripping away a long completion from Linear to Carpenter.

8-0 Monroe City clinches at least a share of the conference title with the win and closes the regular season against Clark County. After suffering its first loss of the season, Macon opposes 7-1 Centralia.