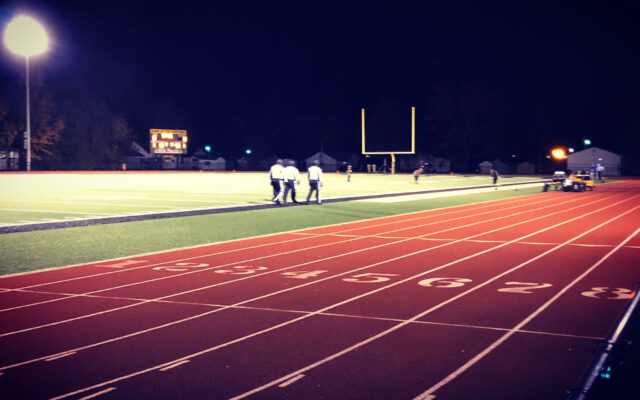 Monroe City football is back in the state playoff bracket for the first time since their 2017 state title run after shutting out Mark Twain 52-0 in the Class 1 District 2 championship game Friday night. The Panthers generated almost 500 yards of offense in the first half. Leading 16-0 midway through the first quarter, junior running back Ceaton Pennewell added on to the lead.

Scott Lunte with the call on Glory 97.3 and centralmoinfo.com. Joshua Talton added two scores, and then put a cherry on top.

Talton also blasted through for a 55-yard score late in the half for the final score. Panthers coach David Kirby said the offensive line was firing off the ball very well.

Tigers coached Austin Leake was impressed with how the Panthers carried themselves.

The 11-1 Panthers head to Hayti next weekend for the Class 1 state quarterfinals. Mark Twain’s season ends at 10-2. You can hear Kirby and Leake’s full postgame interviews below: