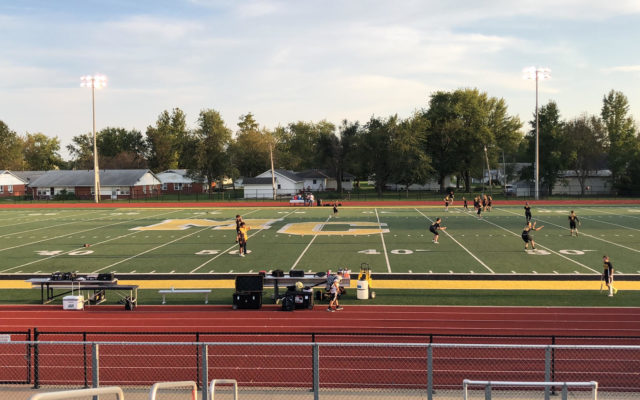 The Monroe City Panthers racked up 657 yards of offense in a 58-38 victory over the Macon Tigers Friday.

The Panthers rushed for 259 yards in the first half and scored the first three touchdowns of the game. Landon Utterback capped off the first drive with a score. Two minutes later, Joshua Talton broke off a big run.

Scott Lunte with the call on Glory 97 and centralmoinfo.com. Utterback added another touchdown from a yard out to make it 22-0 Monroe City with 11:12 left in the first half. The Tigers got on the board for the first time a minute later on a big run from Mykel Linear.

Monroe City held a 28-6 lead at the half. From there, a back-and-forth offensive showdown ensued. The two squads combined for six touchdowns in the third quarter and 62 points in the second half.

Kyle Hays passed for three touchdowns for Monroe City in the third, including a 91-yard strike to Waylon DeGrave. Linear kept the Tigers in the game with three rushing touchdowns and finished the game with 172 yards on the ground. Both teams combined for over 1,000 yards offensively.

For the Panthers, Talton led the way rushing with 216 yards on 16 carries. Monroe City head coach David Kirby spoke highly of his all-state running back.

The Panthers improve to 6-1 with the win and remain tied for first in the Clarence Cannon Conference. Despite the win, Kirby says his team is not satisfied.

Peterson says the Tigers must shore up their tackling.

Monroe City hosts Clark County next week, while Macon falls to 3-4 and hosts Centralia in week eight. You can hear full postgame interviews below: