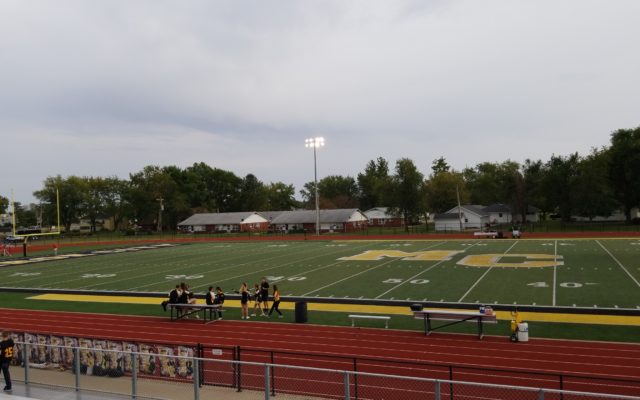 Monroe City took the Mayor’s Cup back from Palmyra with an 18-13 victory at Lankford Field Friday night. Monroe City scored on its first three drives. Running back Ceaton Pennewell opened things up with a one-yard run. Kyle Hays capped off the second drive with a four-yard pass to Joshua Talton. After Palmyra quarterback Collin Arch rushed in a seven-yard touchdown, Hays quickly answered back.

Austin Ward with the call on KRES and centralmoinfo.com. Arch ran in his second touchdown with seven minutes to go in the fourth, but failed on a two-point try for the final score. Palmyra marched down the field late, but Monroe City’s defense held off a Palmyra fourth down try in the red zone. Coach David Kirby said Monroe City needed a game like this.

Monroe City’s offense generated 321 yards, but 211 of those came from the arm of Kyle Hays. Palmyra coach Kevin Miles noted Monroe City’s play-action made them tough to stop.

Miles was pleased with the way Palmyra played in the second half.

Palmyra drops to 2-3 and host Clark County next week. Monroe City improves to 5-0 and visit Brookfield. Hear full postgame interviews from Kirby and Miles at centralmoinfo.com.