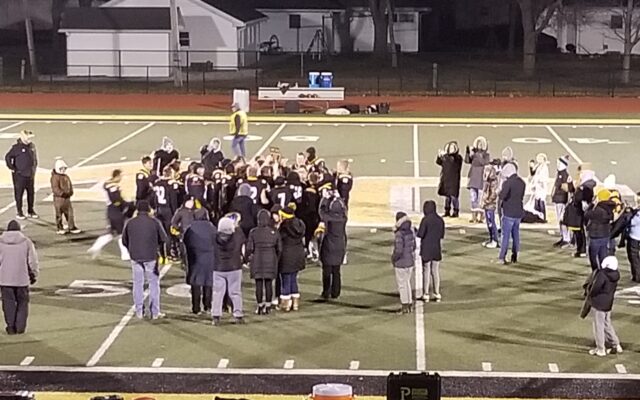 Monroe City ran for 450 yards as a team and defeated South Shelby 52-18 Friday. The Panthers were off from the jump.

Brandon Monty with the call of the first of four touchdowns for Waylon DeGrave on Glory 97 and centralmoinfo.com. DeGrave finished with an unofficial 218 rushing yards on 13 carries. Coach David Kirby…

Cameron Jones ran for just over 100 and had one touchdown. Ceaton Pennewell scored twice and had 79 yards.

South Shelby scored on its last drive of the first half and first drive of the second half. A potential third straight scoring drive was stunted on a holding penalty that negated a nearly 90-yard Kendal Hammond run. Coach Adam Gunterman said that call was a huge turning point.