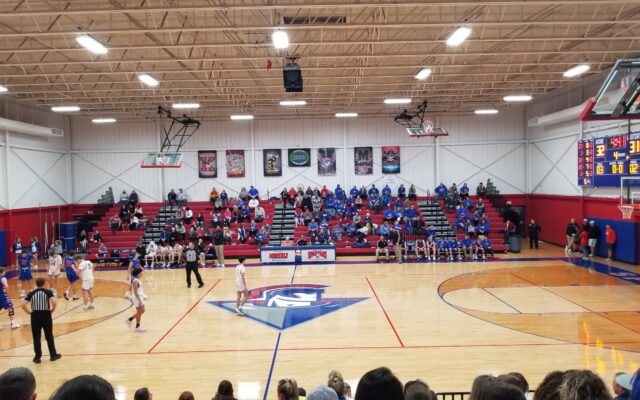 The Moberly Spartans had a fourth quarter rally fall short in a season opening 68-63 loss to the California Pintos. A first half that saw numerous ties and lead changes had Moberly leading 16-14 after one quarter and California up 29-27 at half. California created distance midway through the third and led by as many as 15 in the final frame before the Spartans started clawing back.

Austin Ward with the call on KWIX and centralmoinfo.com. California hit one free throw, Derieus Wallace missed a three and the Pintos played keepaway to close the game. Wallace had 10 of his game-high 20 points in the fourth quarter. Sophomore Cade Bohm and freshman Cameron Doubrava each had 10. Coach Brett Boyer…

The Spartans are off until next Friday when they play at Oak Grove.