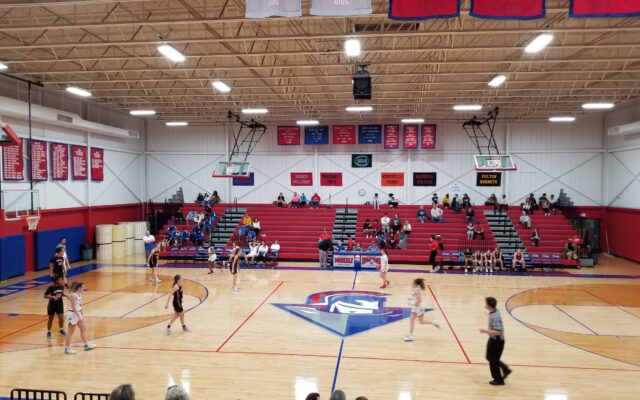 The Moberly girls got off to a quick start and used impressive defense en route to a 48-29 victory.

Austin Ward with the calls on KWIX and centralmoinfo.com. The Lady Spartan starters held Hannibal to 15 points through three quarters. Coach Tony Vestal…

Asa Fanning had 15 points in the first half, including going 9-of-10 from the free throw line, and finished with a game-high 19.

The Lady Spartans improve to 4-2 and 1-1 in conference play.

The Moberly boys fell to Hannibal 55-32. The Spartans trailed by five early in the second half before things started to unravel. Jaisten Payne picked up a technical foul midway through the third quarter and did not play the rest of the game. Coach Cord Hagedorn says his team was fortunate to keep it close for as long as they did.

Hannibal’s Aaris Stolte led all scorers with 25. Moberly drops to 1-3 and 0-2 in NCMC play. The Spartans have Wednesday off before playing Boonville Thursday and Versailles Friday.

The Lady Spartans play Boonville Thursday as well. We’ll have coverage of both games on KRES.