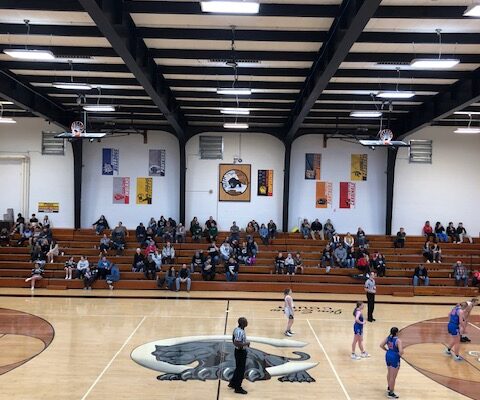 The Moberly Lady Spartans grabbed an early double-digit lead and rolled from there as they defeated Centralia 49-36 for their third straight win. Despite leading by as many as twelve points in the first half Centralia cut the Moberly lead to four early in the third quarter. However, Moberly’s Grace Billington provided a swift answer.

Colin Schowe with the call on Superstation KRES and centralmoinfo.com. Billington finished with a game-high 22 points. The Lady Spartans followed with a 15-2 run a short while later to build a lead that grew to as many as 18. Moberly coach Tony Vestal said his team’s success stemmed from their defense.

Offensively, Asa Fanning added ten points for the Lady Spartans, with eight coming in the first quarter. In total, Moberly had seven players finish in the scoring column. Vestal said they continue to get offensive contributions up and down the roster.

Moberly improves to 6-2 on the season. Meanwhile, Centralia drops 3-6 and has now lost their last five games. Centralia coach Becca Schemmer said the offense had its struggles once again.

Harper Sontheimer led the Lady Panthers with ten points. Centralia won’t play another game until January 4th when they host Bowling Green. Schemmer said they will use the holiday break to rest and rebound.

While Centralia is off until 2022, Moberly will be back in action Wednesday night when they host Harrisburg. Coverage of the varsity doubleheader will begin at 5:45 pm on KRES 104.7 and centralmoinfo.com.