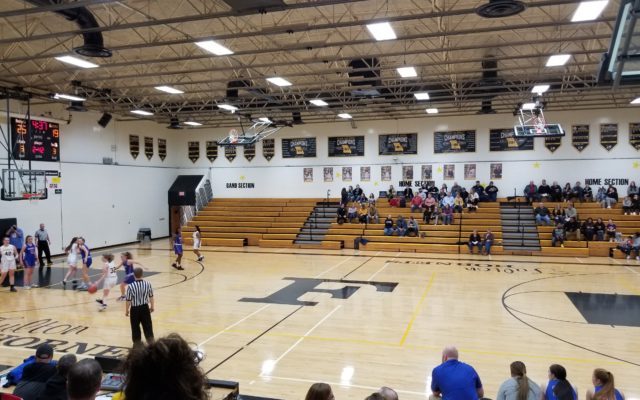 In the girls contest, Alessia Oliver had 17 points and went a clutch 5-6 from the free throw line in the fourth quarter to lead the Lady Spartans to a 44-40 victory. Coach Tony Vestal said the offensive performance was crucial.

Oliver iced the game by knocking down two free throws with five seconds left to put Moberly up four. Fulton’s Kayanna Gaines led all scorers with 18. The Lady Spartans move to 9-8 and 2-2 in the NCMC. Fulton drops to 3-12 and 0-5 in the conference.

Austin Ward with the calls on KRES and centralmoinfo.com. Simmons finished with 14 points and Tyler Sayler had 17. Moberly’s Jaisten Payne scored a game-high 24. After trailing by 12 at the half, Moberly got the deficit down to as little as four in the fourth quarter. Coach Cord Hagedorn talked about the bitter reality of the loss.

The Spartans fall to 2-14 and are 0-4 in conference play. Fulton moves to 7-7 with a 3-2 NCMC record. Both Moberly teams next play Tuesday when they host Marshall. Coverage of the doubleheader will begin at 6:15 on KWIX.