The City of Moberly is preparing to apply for a tourism grant through the Missouri Department of Economic Development for the proposed downtown hotel project. City Manager Brian Crane says the project is set to make a comeback.

The Moberly City Council approved the application for the grant during Monday’s meeting. Plans call for a 55-room hotel to be built in the downtown area. Crane says the grant would help move the project along.

The city will learn if it is accepted for the grant by early February. 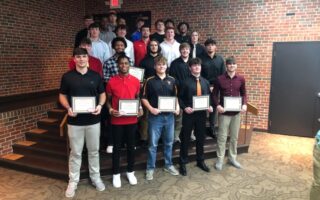