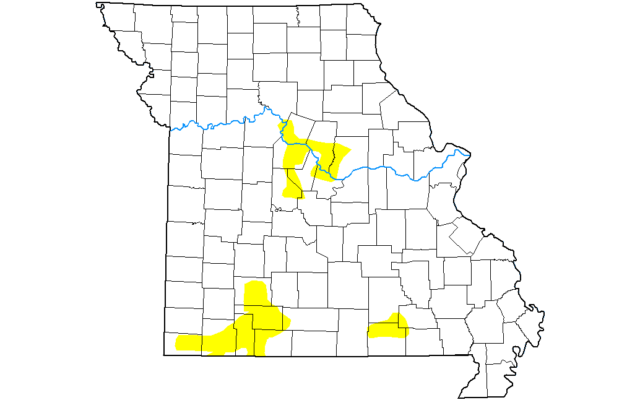 Drought conditions in Missouri as of September 7th, 2021. (The U.S. Drought Monitor is jointly produced by the National Drought Mitigation Center at the University of Nebraska-Lincoln, the United States Department of Agriculture, and the National Oceanic and Atmospheric Administration. Map courtesy of NDMC.)

Much of Springfield has entered abnormally dry conditions according to the weekly drought monitor update from USDA.  The monitor indicates that as of Tuesday, a majority of Greene County had entered pre-drought status, along with a portion of western Douglas County.  It’s a trade-off for the Lake of the Ozarks region exiting abnormally dry stage, along with most of Shannon County.  6.3 percent of Missouri is in pre-drought condition, with no part of the state in moderate or worse drought.