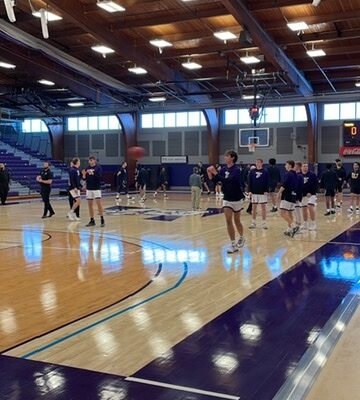 The Bulldogs only led 33-31 at intermission. The ‘Dogs opened the second half hitting seven-of-nine shots…..

Brad Boyer with the call on Superstation KRES and centralmoinfo.com. Coach Jeff Horner watched his team hold the Lions to 27-percent shooting in the second half…

The conference’s leading scorer, Jacoby Ross, finished with 24, but had to take 22 shots to get there…

Truman had 24 assists on their 29 made baskets. With their fifth straight win, the Bulldogs improve to 9-2 overall and 3-0 in the GLVC. The Lions drop their fifth in a row to drop to 5-7 and 1-3 in the conference.

The women’s game was canceled and deemed “no contest” due to COVID protocols in the Lindenwood program.

Truman will play at Quincy on Tuesday night. We will have the games on KRES starting at 5:15.