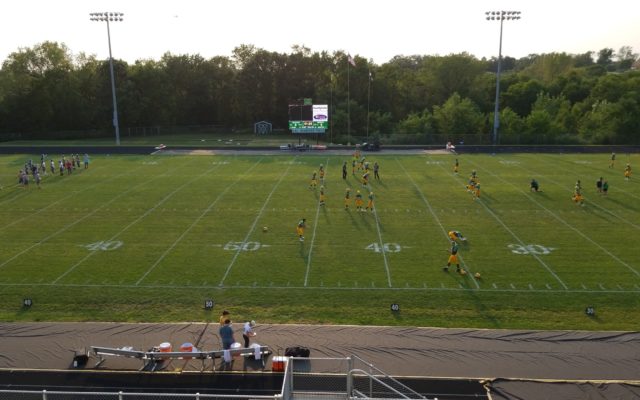 Milan had an unofficial 361 rushing yards and dominated Putnam County 49-6 Friday. Deric Doporto rushed for 149 yards and had three touchdowns in the first half.

Colin Schowe with the call on Superstation KRES. Carlos Cotto got going in the second half.

Austin Ward with the call of Cotto’s 74-yard rushing touchdown. Cotto had three touchdowns in the third quarter and ran for a total of 150 yards. Coach John Dabney said the offensive line deserves a lot of credit.

Perkins and Reidiger combined to throw for 74 yards on 12-28 passing. Bondy added Milan’s Wing-T offense wore them down as the game went along.

Both teams are now 1-2. Milan next plays at Princeton and Putnam County is at Trenton. You can hear full interviews with both below.