McKnight Scores 1,000th Point and Leads Truman to 11th Win in a Row 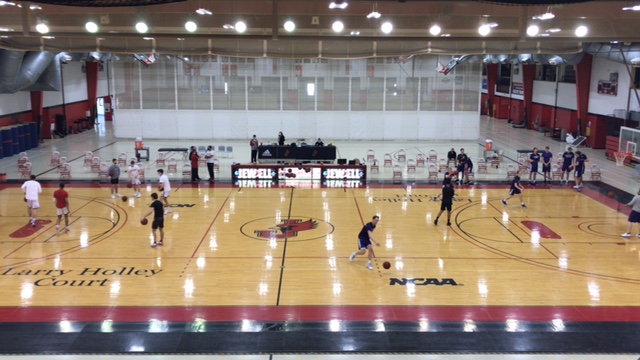 Cade McKnight scored 25 points and became the 31st player in Truman State history to score 1,000 points in leading the 5th ranked Bulldogs to a 76-70 victory at William Jewell Saturday. Coach Jeff Horner commented on the impact of his junior big man.

The Cardinals erased a 14-point deficit in the second half and tied the game at 64 when McKnight answered with back-to-back hoops. After Jewell scored to make it 68-66, Hunter Strait tossed up back-to-back daggers.

Brad Boyer with the call on Superstation KRES and centralmoinfo.com. Turner Scott scored 18 points and came up one short of the single-game school record for steals with six. Dylan Peeters had his eighth double-double of the season with 11 points and 11 rebounds.

It was the Bulldogs’ 11th straight win pushing their record to 16-1. Coach Horner is proud of the program’s second straight GLVC regular season championship.

Eysan Wiley of Columbia scored 22 points to lead William Jewell. The Cardinals drop to 4-16. Truman will finish the regular season with a pair of games at home. The Bulldogs will host Rockhurst on Thursday and we will have the broadcast on KRES.