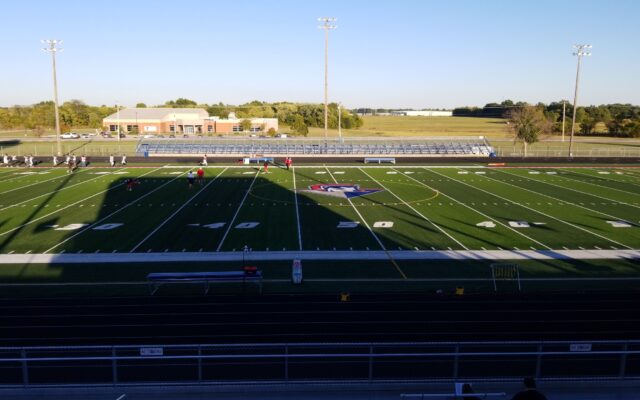 The Marshall Owls attained their first win of the season in a 17-7 victory over Moberly on homecoming night at Dr. Larry K. Noel Spartan Stadium. After both teams were shut down quickly on their first two drives, Moberly got on the board.

Brad Boyer with the call on KWIX-AM and centralmoinfo.com. Marshall’s Jaxson Case found Christian Tatum from 47 yards out on the next drive to tie the game. That score held until the fourth when Erlan Jones put the Owls up 10-7 on a 25-yard field goal with 10:47 to go. The Case-to-Tatum connection struck again a few minutes later.

Austin Ward with the call. Case finished the game with an unofficial 166 passing yards and 71 rushing yards. Tatum hauled in four catches for 110 yards. Moberly had negative yards offensively in the second half. Coach Cody McDowell said it was a frustrating loss.

The Spartans lost some impact players to injury in leading rusher Gage St. Clair in the second quarter and leading receiver Derieus Wallace in the fourth. McDowell says the response wasn’t good enough.

Marshall moves to 1-5 while Moberly drops to 3-3. The Spartans travel to Hannibal next week.