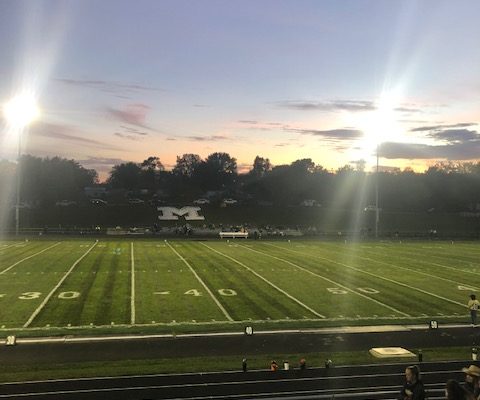 The Marceline Tigers impressed on both sides of the ball in a dominant 45-6 victory over the Westran Hornets. Westran grabbed the first lead on a four-yard touchdown run by Kolby Dale with 4:48 to go in the first quarter. Marceline responded immediately…

Colin Schowe with the call on Superstation KRES. Westran was marching near the end of the first half but turned the ball over in Marceline territory. The Tigers then widened the gap with a circus touchdown by Wyatt Molloy.

Westran’s offense moved well with Kolby Dale rushing for 97 yards and quarterback Derrick Merritt having 109 yards of his own on the ground, but the Hornets struggled at finishing drives. Coach Aaron O’Laughlin…

7-1 Marceline clinches at least a share of the Lewis & Clark Conference title with the win and will clinch it outright with a win over Harrisburg next week.

Westran suffers its first loss of the season and will close out with Paris next week. We’ll have the broadcast of that game on KTCM.