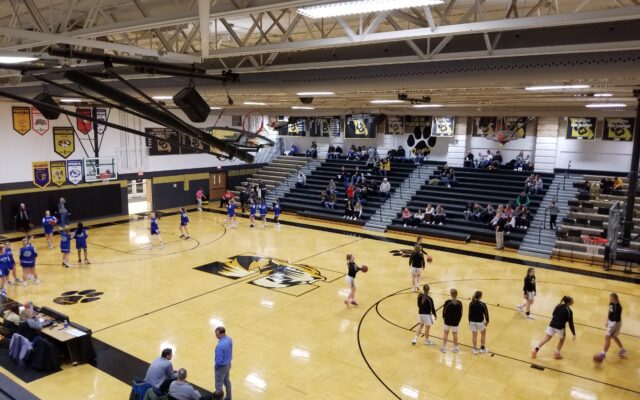 Marceline and Brookfield split a rivalry doubleheader at Marceline Friday.

The Marceline boys won 63-58 in overtime after not holding a lead at any point in regulation. Brookfield got out to a fast start and led by 10 after one quarter. The Bulldogs held on to a five-point lead after the second and third. While trailing 55-47 in the fourth, Marceline went on a rally.

Austin Ward with the calls on 99.9 The Captain and centralmoinfo.com. Wyatt Molloy converted the and-one to tie the game and Brookfield never led again. Regulation ended with a tie at 55. Wyatt Molloy finished with a game-high 24 points while Zach Niemeyer had 18. Coach Mike Severa was thrilled with his team’s defense down the stretch.

In the girls game, Brookfield used a pair of big runs to take an early advantage and eventually won 54-43. The Lady Bulldogs ended the first quarter on a 10-2 run and the second quarter on an 8-0 run to take a 27-19 lead into the break. Each time Marceline chipped away, Brookfield had an answer.

Natalee Pennington had 13 for Marceline. Coach Jordan Beck said her team got beat in a lot of aspects.

Brookfield improves to 3-10 while Marceline falls to 4-6.