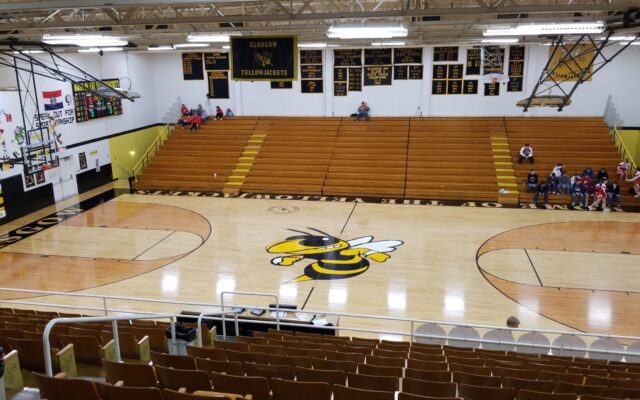 All four top seeds advanced on Night 2 of the Glasgow Tournament. The boys 3-6 matchup was the most competitive game of the night and Slater overcame Glasgow 55-47. Slater led 25-20 at the half and used a 10-1 run out of the break to create distance, but Glasgow trimmed the deficit to four numerous times in the final quarter. Kenyon Minnis had an answer each time.

Brandon Monty with the calls on Superstation KRES and centralmoinfo.com. Minnis led all scorers with 23 points. Jakorie and Brandon Terrill had 15 and 10 points respectively. Coach Dillon Yung said his team has a lot to work on.

Edris Hamilton, Drew Sanders and Spencer Wood all had 11 for Glasgow. JaQuan Cowans had six early points but didn’t play after picking up a technical foul in the first quarter. Coach Mick Cropp said he was proud of his team’s fight.

Austin Ward with the call. Carmack finished the game with 15 points as the Lady Jackets coasted to a 53-30 win over Fayette. Brenna Hubbard had a game-high 18 points. Both Carmack and Hubbard were recognized after the game as Hubbard got her 1000th point last week. Glasgow was slow out of the gate and only led 9-4 after one quarter before scoring 19 points in the second quarter. Coach Molly Monnig analyzed the slow start.

Both 2 seeds in the La Plata girls and Westran boys rolled to victory.

The La Plata-Glasgow girls and Westran-Slater boys semis will be played Thursday night. Our coverage from the Glasgow Tournament continues Wednesday with Cairo and New Franklin matching up in both semis. Pregame coverage starts at 5:50 on Superstation KRES.