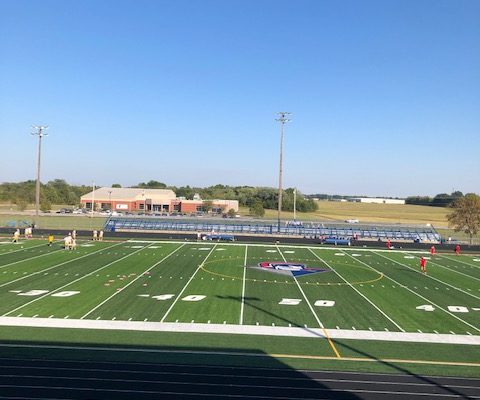 Christian Mahoro netted a hat trick and Alban Dervishi add two second half goals to lead Fulton to a 7-3 win over Moberly. The Spartans trailed 2-1 in the late stages of the first half when Ryan O’Loughlin scored on a shot from the top of the box to tie the game at 2-2. However, Mahoro answered just seconds later to restore the Hornet lead.

Colin Schowe with the call on KWIX AM-FM and centralmoinfo.com. The go-ahead goal came with 47 seconds remaining in the half. In the second half, Dervishi struck for his 13th and 14th goals of the season early on to make it 5-2. Will O’Laughlin cut the deficit back to 5-3 just past the halfway point. However, Mahoro and the Hornets ended the conversation a short while later.

Fulton also got first half goals from Bahir Sherzad and Jayden Ayers. Moberly’s other tally came from Chris Coonce. Moberly coach Ben Hays said the attack from Fulton was too much to handle on the night.

Fulton improves to 9-3 on the season and 3-2 in NCMC play. Coach Joel Henley said the game’s momentum changed on Mahoro’s late first half goal.

Moberly falls to 6-4 on the season and 2-3 in the NCMC. They’ll look to get back on track Thursday when they host Marshall in another key conference matchup. You can hear full interviews with both coaches online at centralmoinfo.com