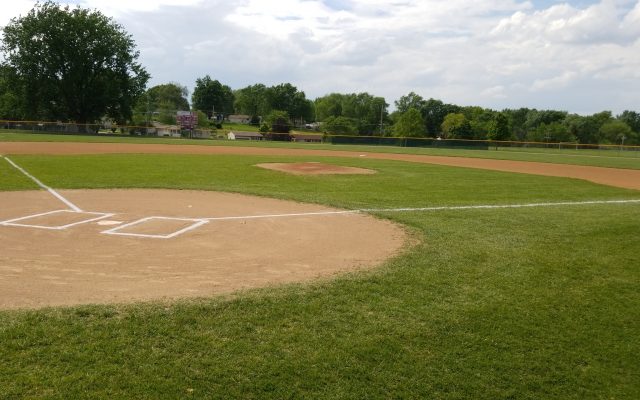 The Macon Tigers saw their season come to an end with a 4-1 loss to the St. Charles West Warriors Tuesday. Warriors starter Ray Rico pitched a complete game and gave up just one run, four hits and no walks while striking out 15. He also got things going offensively.

Austin Ward with the call on 99.9 The Captain. Rico retired the first 10 Macon batters before Blake Murr and Jacob Nelson had back-to-back singles in the fourth. In the fifth, Gage Lewis led off with a single and scored on a triple by Preston Stewart to cut the deficit to 2-1 but St. Charles West tagged on two more in the bottom half of the inning. Macon coach Kyle Robuck described why his team couldn’t find an answer for Rico’s pitching.

Chrisjen Riekeberg gave up two hits and two runs with eight strikeouts over four innings but struggled with pitch command. He walked four batters and hit another.

Jakeb Swallow pitched the last two innings and gave up two runs, two hits, two walks and had one strikeout. Macon’s season ends at 16-5. The Tigers will return seven starters next year.

Top pitchers Riekeberg and Swallow are among the returners.