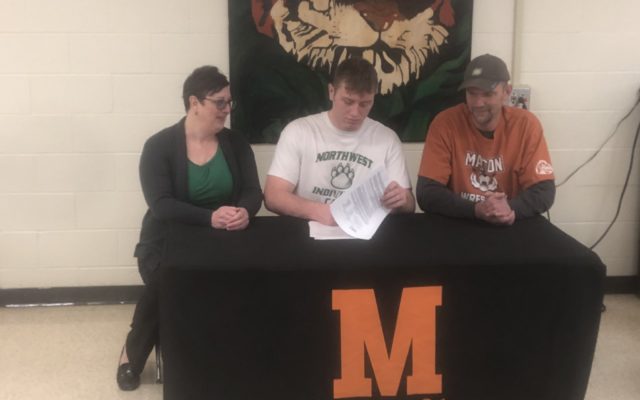 Macon lineman Caden Phillips has signed to play football at Northwest Missouri State University this fall. Phillips made it official Wednesday during a ceremony at Macon High School. Phillips explains what led him to choose the Bearcats.

Phillips adds the location of the school is also beneficial.

Phillips also received offers from several division one schools, including Northern Illinois, Toledo, and Murray State. He says he chose Northwest Missouri State over those schools for an educational reason.