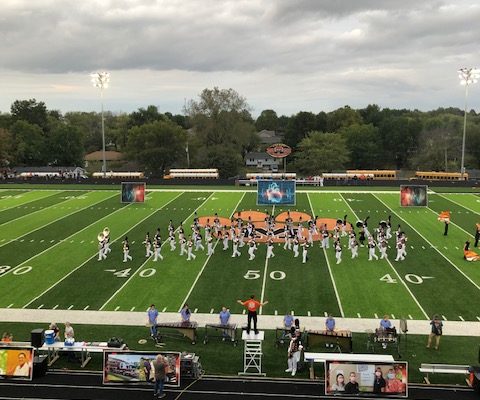 The Macon Tigers churned up 309 yards on 32 carries on their way to a 42-26 victory over South Shelby on homecoming at Hugh Dunn Field. After forcing a turnover on downs on the Cardinals’ opening drive, Macon scored in four quick plays capped by a run by Trevin Shrum.

Colin Schowe with the call on KTCM 97.3 and centralmoinfo.com. Shrum finished the night with three rushing touchdowns on nine carries and 78 yards. Shrum’s final touchdown provided the largest lead of the night for the Tigers at 42-18. Quarterback Mykel Linear and running back Maurice Magruder also added a rushing touchdown apiece. Macon interim coach Joey Peterson said his backfield is developing into quite a force.

South Shelby falls to 2-4 on the season and will host Centralia next week. Macon improves to 3-3 and will visit Monroe City in a game that will air on KTCM 97.3. You can full interviews with both coaches online at centralmoinfo.com