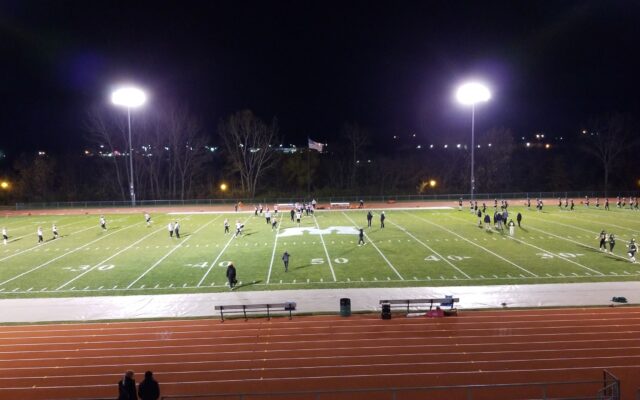 The Macon Tigers fell to the Maryville Spoofhounds 33-6 in the Class 2 District 7 Championship game. Maryville struck three plays into the game.

Colin Schowe with the call on 99.9 The Captain and centralmoinfo.com. Macon went 3-and-out on its first possession but forced a Maryville fumble on the next drive and turned it into points. Mykel Linear scored on a two-yard run but the extra point snap was botched to keep the score at 7-6. The Spoofhounds took a two-possession lead early in the second quarter with a two-yard touchdown run by quarterback Conner Drake and a successful two-point conversion. Tyler Siemer added another score to extend Maryville’s lead in the third.

Austin Ward with the call. The Spoofhounds added two fourth quarter touchdowns, including Siemer’s third of the night. He finished with an unofficial 169 rushing yards. Macon was held to 200 yards of offense. Coach Joey Peterson said his team made too many mistakes.

Peterson reflects on the 7-5 season after taking over as head coach in Week 4.