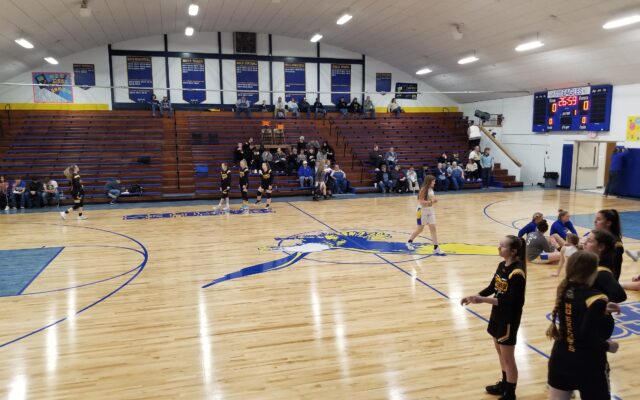 The Higbee boys won 77-67. Northwestern’s Hayden Harms was the highlight of a back and forth first quarter.

Austin Ward with the calls on KRES, KIRK and centralmoinfo.com. Harms finished the game with 30 points and had 20 in the first 10 minutes but had to sit the last five minutes of the second half with three fouls. Northwestern never led again after Higbee began the second quarter on 11-0 run.

Higbee’s Derek Rockett and Jordan Fuemmeler had 24 and 21 respectively. Coach Tanner Burton was most impressed with Jamie Smith’s 14.

The win was the second of the season for Higbee over its conference foe.

The Higbee girls picked up a 58-28 win. Despite a 30-10 halftime score, Northwestern cut the deficit to eight at one point in the third quarter before the Lady Tigers pulled away in the fourth. Burton says his girls team had their worst shooting night of the season.