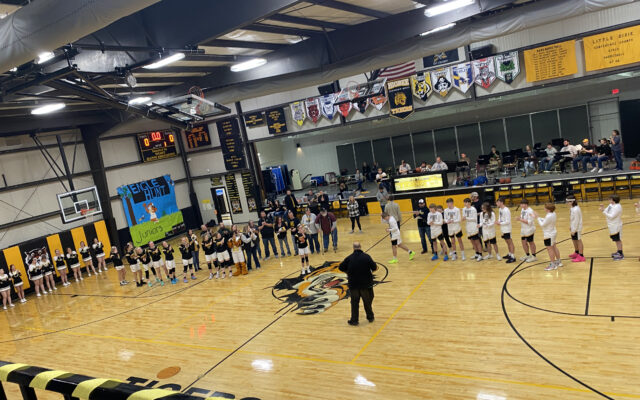 The Higbee girls and boys secured victories at home against CLAA opponent Northwestern. The Lady Tigers led from the jump on the way to a convincing 75-28 victory. Freshman Lauren Spilman set the Higbee school record for single-game three point makes with nine, her final make coming in the fourth quarter.

Steven Findley Jr. with the call on 99.9 The Captain and centralmoinfo.com. Spilman scored all 18 of her first half points by way of the three ball and finished the contest with 35 points. Coach Tanner Burton spoke about the Higbee freshman.

Higbee worked their way back from a 20-10 first quarter deficit to down the Eagles 62-48. Junior Will Spilman was scoreless in the first half but exploded for four triples in the third period.

Spilman finished the contest with 15 points to complement a 29-point performance by Derek Rockett to lead all scorers. Coach Burton spoke about the comeback effort.

The Eagles move to 10-4 while Higbee is now 14-1 and remains undefeated in conference play.