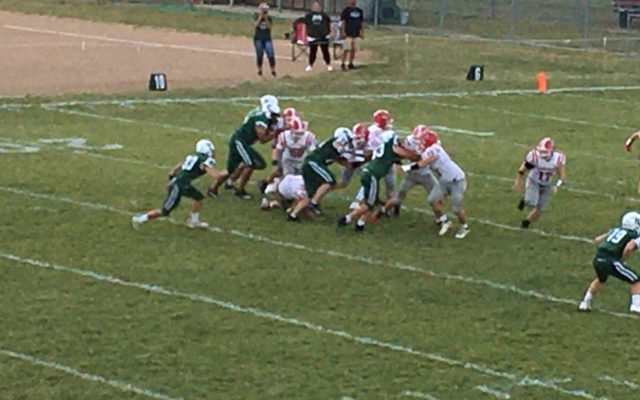 The Harrisburg Bulldogs jumped out to a 30-0 first-half lead on their way to a 44-14 win at Westran Friday night.

J.B. Connoley with the call on Glory 97.3 and centralmoinfo.com. Austin Darwent had four catches for 96 yards and two touchdowns. Tanner Lanes completed 11 of 16 passes for four touchdowns.

Jace Carr had four catches for 83 yards and a touchdown. Lanes also ran for a touchdown late. Harrisburg coach Steve Hopkins was happy with his team’s methodical offense all night.

Westran was led by by Quinn Massey and Derrick Merritt, who ran for 131 and 115 yards respectively, and each had a touchdown. Coach Aaron O’Laughlin said his team needed to play four solid quarters against a team like the Bulldogs.

Harrisburg is 4-0, and plays at Sweet Springs/Malta Bend next. Westran falls to 2-2, 1-1 in the conference, and is at Fayette.