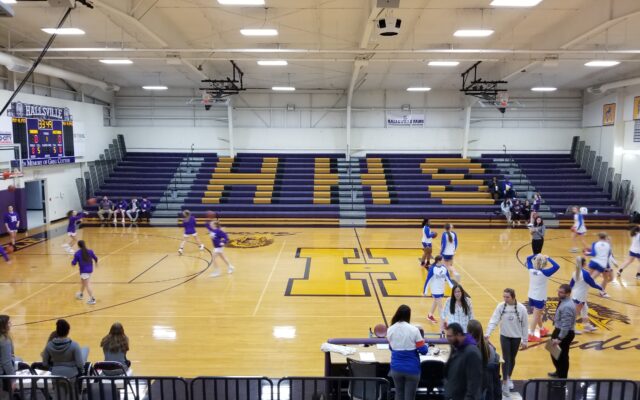 The Hallsville girls defeated Moberly 65-64. Moberly’s Grace Billington was fouled on a three-point shot with 0.9 seconds left but missed her last free throw for the tie. Hallsville led by two after one quarter and Moberly held a one point lead at halftime. With the score tied at 37 in the third, Hallsville took the lead for good.

Austin Ward with the call on 99.9 The Captain and centralmoinfo.com. Hallsville led by as much as eight in the late stretch. Rachel Hargis and Avery Oetting led the team with 14 points while Natalie Mitchell had 13. Coach Matt Heet was simply happy to end on the winning side.

Billington finished with a game-high 32, 27 of which came in the second half. Asa Fanning scored 13. Coach Tony Vestal said accomplishing the keys to victory was a struggle.

The Moberly boys held off a furious late comeback to defeat Hallsville 53-49. Moberly led by one at halftime after ending the second quarter on an 8-0 run. Following a third quarter that had eight lead changes, the Spartans seemingly took control in the fourth.

Moberly later pushed that lead to 51-41 but Hallsville put together a quick 8-0 run to make it a one possession game with 50 seconds left. Jaisten Payne hit two late free throws to ice the game. Payne finished with a game-high 23 points and Zayne Montgomery added 12. Coach Cord Hagedorn said Hallsville proved to be a tough matchup.