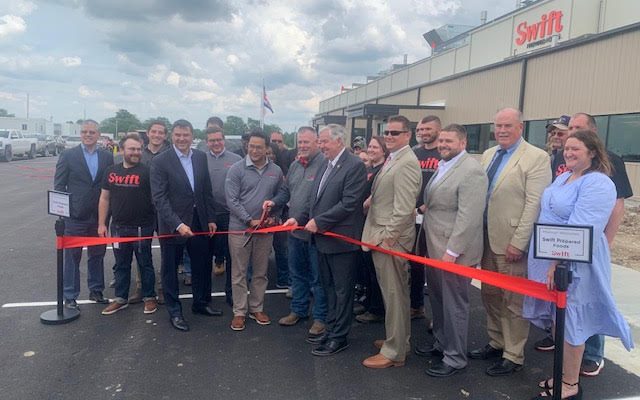 The new facility will produce ready-to-eat, fully cooked bacon, and it’s expected to create nearly 200 new jobs in the region.

Michael Bugalski, the President of the Moberly Area Economic Development Corporation extended thanks to Swift Prepared Foods for choosing Moberly and Randolph County for this substantial investment.

Moberly Mayor Jerry Jeffrey says this is a day the community had been anticipating..

Swift Prepared Foods highlighted Moberly’s strategic location, as well as support from the community and state as key reasons for their decision to expand in the region. Tom Lopez, the president and chief operating officer of Swift Prepared Foods addressed the gathering.

Lopez said the company is pleased to be a part of the Moberly community and the state.

We have some images of the ceremony, along with this story at centralmoinfo.com.

7 hours ago
Connect With Us