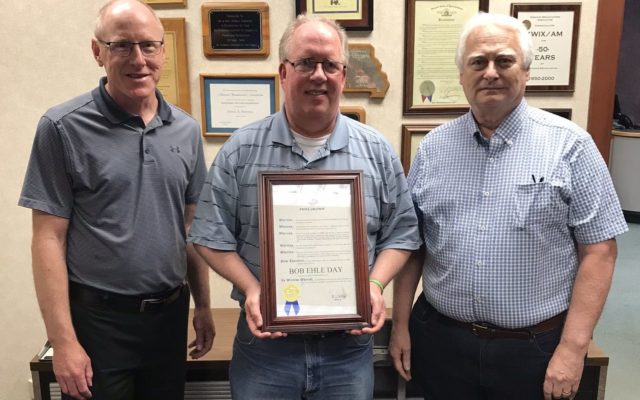 Friday was proclaimed “Bob Ehle Day” in the City of Moberly. Mayor Pro Tem Tim Brubaker presented our departing news director with the proclamation during a ceremony at our stations. Bob Ehle concluded a 17-year career with our radio stations this week to make a move back to Indiana with his family. He is a second generation radio announcer.

Moberly City Manager Brian Crane visited the studio during a tribute show on Thursday. He said Bob provided a calm voice this past year.

Bob Ehle served as our news director since returning to our stations at the start of 2017. His radio career started in sports. Bob broadcast games at the collegiate level for Valparaiso, Southwest Baptist and one season for the Missouri State Lady Bears.

You can hear the full tribute program on the KWIXLand This Morning interview page in the news section. 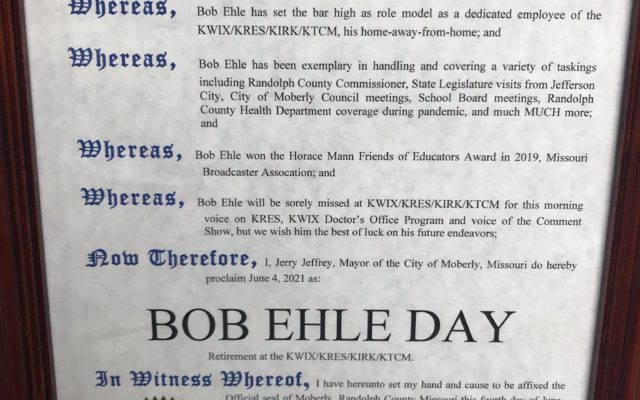