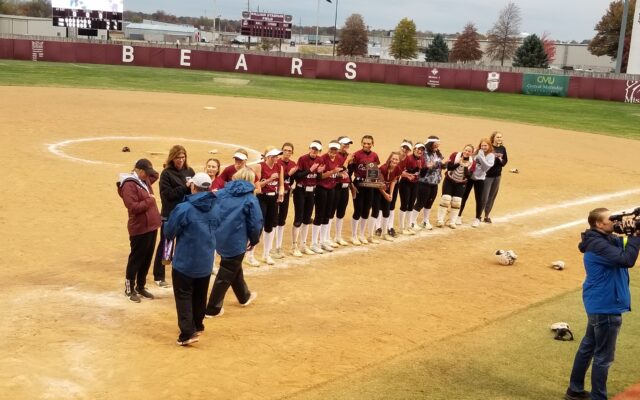 The Canton Lady Tigers rallied with four runs in the fifth inning and held on late to win the Class 1 Softball State Championship 4-2 over Polo. The Lady Panthers grabbed a 1-0 lead in the first inning on an RBI single by Hanna Vaught. Canton’s defense held the deficit to one in the fourth by making multiple plays on the base paths including an outfield assist by Madison Gorrell.

Colin Schowe with the call on 99.9 The Captain and centralmoinfo.com. The momentum carried into the next inning when Macie Fisher provided the tying hit.

Nariah Clay then brought Fisher in on a bunt play to make it 2-1 Canton. Gorrell struck out for the second out in the inning. Kinsey Biggerstaff then drew a hard-earned walk to set up a two-run double for Emma Hultz. That hit proved important as Hultz withstood multiple rallies from Polo in the circle. That included another RBI single from Vaught in the bottom of the seventh inning. Hultz concluded the game by striking out Kendyl Fitzwater, who represented the tying run, to give Canton their first state title since 2017. Coach Kristyn Arens said their defense set them up for success in the championship game.

Both teams played error-free on the night. The Lady Tigers finish the season on a 17-game winning streak. Arens said there is a lot to build on from this state title.

Gorrell and Clay were the lone seniors for the Lady Tigers this season. Canton finishes with a record of 27-5. The championship game was Polo’s lone loss as they end the season at 26-1.