As previously reported, the Fayette City Council considered a water rate increase last week, but members did not reach an agreement. Fayette City Administrator Tyler Griffith says talks will continue at the next meeting.

Fayette’s water supplier proposed its third rate increase of the year, and the city absorbed the previous hikes with no impact on residents. Griffith explains what the potential increase stems from.

Griffith notes he will have another proposal prepared for the next Fayette City Council meeting after the first proposal did not lead to a decision. Fayette last increased water rates in August of 2019. Griffith offers an update on Fayette’s recent fire truck purchase.

Increase in Cases in Adair County 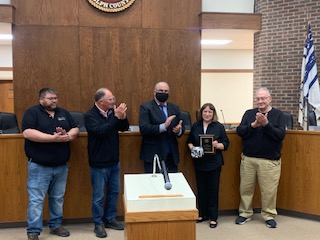