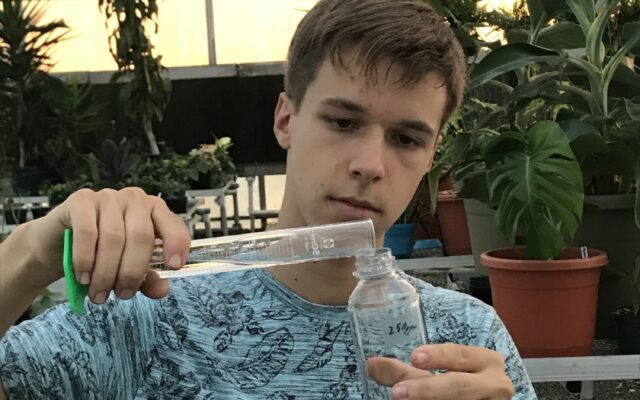 Studies into finding new uses for row crops are continuing for the Harrisonville native who was a proficiency award winner at last month’s National FFA Convention. George Frees of the Cass Career Center chapter says by way of his scholarship at the University of Missouri, he’s continuing his look into increasing ethanol production from sugarcane, along with some additional projects.

Frees credits his chapter and community for supporting his research projects.

George Frees of Harrisonville is this year’s winner of the national proficiency award in Agriscience Research, Plant Systems.