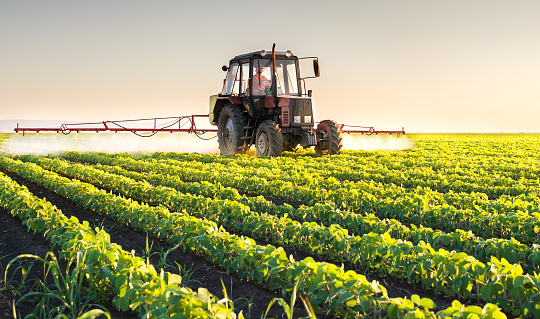 The Environmental Protection Agency announced Wednesday that it would bring an end to the use of the pesticide chlorpyrifos on all foods.  In their statement, EPA said it was first revoking all tolerances for the product, followed by a notice of intent to cancel all registered food uses of the pesticide.  EPA Administrator Michael Regan said the agency was taking the action to ensure that children, farmworkers, and all people are protected from the product’s potentially dangerous consequences.

Chlorpyrifos, also known by its brand name Lorsban, is an insecticide primarily used in soybeans, corn, wheat, cotton, and orchard crops.  EPA says the product has been found to inhibit an enzyme, leading to neurotoxicity, and has also been associated with potential neurological effects in children.

The Agricultural Retailers Association responded to the announcement with extreme disappointment.  President and CEO Daren Coppack said that chlorpyrifos, quote: “has been an essential tool for growers who need to control insect pests so they can deliver the quality produce consumers expect to grocery shelves.”  Coppack objected to the EPA following a demand from the Ninth Circuit Court of Appeals to revoke tolerances, saying that the move sets up an end-run around statutes that are suppose to govern how products are registered.

The use of chlorpyrifos has declined in the past decade, particularly following the decision by Corteva Agriscience last year to discontinue manufacturing the product.  EPA notes that its decision does not impact the product’s use to control mosquito populations.  The next product review remains scheduled for next year.