Centralia Settles in For Big Win Over Moberly 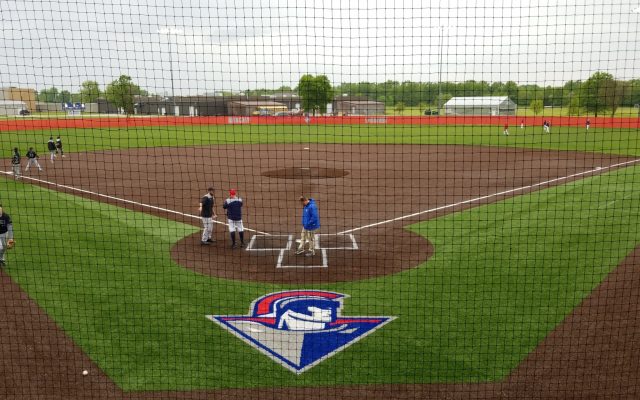 The Centralia Panthers and Moberly Spartans exchanged two runs in each of the first four frames before Centralia settled in to take a 13-4 victory in Class 4 District 6 play. After setting down Moberly 1-2-3 in the top half, the Panthers took control in the third.

Austin Ward with the call on Glory 97. Centralia coach Mike Rodgers was pleased with the course of the game.

Ethan Adams pitched five innings and gave up the four Spartan runs; three of them were unearned. He did not give up a hit following the second inning. Andrew Hinds delivered the final two scoreless innings.

Moberly had major struggles on the field. The Spartans committed seven errors along with six wild pitches, two passed balls and a balked runner in. Coach Dale Heimann assessed the loss.

Moberly ends its season at 5-18. Centralia moves to 17-8 and advances to the district semifinals to take on the top seed Kirksville. We’ll broadcast that game along with the other semifinal between Macon and Mexico Monday night on Superstation KRES.