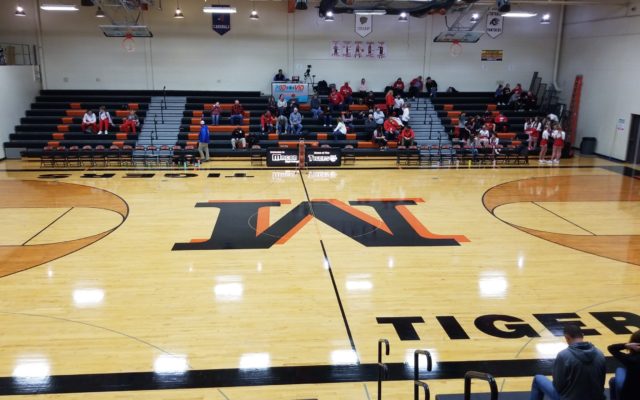 The Centralia girls and Mexico boys took third place at the Macon Tournament with wins Friday.

The Centralia Lady Panthers used a big second half to pull away and defeat the Harrisburg Lady Bulldogs 71-50. Centralia led 20-9 after one quarter before Harrisburg went on a run…

Austin Ward with the call on Superstation KRES. Thornhill’s three was part of an 18-6 run that gave Harrisburg a one-point lead in the second quarter. Centralia followed that with an 8-0 run of its own and began the third quarter on an 11-2 run to pull away for good. Coach Becca Schemmer said the team made adjustments.

Baylie Combs had a game-high 21 points and Brecca Thornhill finished with 17. Centralia moves to 10-4 and Harrisburg falls to 8-8.

The Mexico Bulldogs blew out the Centralia Panthers 68-35. Mexico coach Darren Pappas was most proud of the way his team responded to their first loss of the season in the semifinals.

Peyton Willer had 12 points off the bench. Isaiah Reams had 12 as well. Centralia coach Scott Humphrey said the best option is to forget the game as quickly as possible.