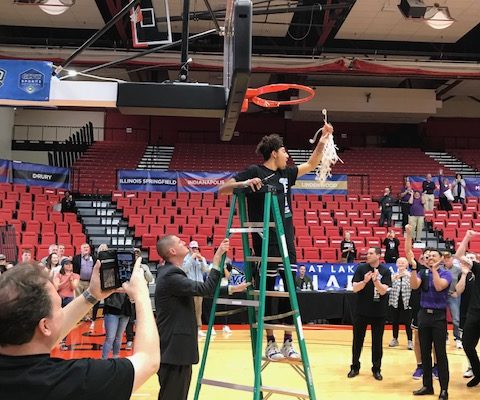 The Cleveland Cavaliers have re-signed former Truman State GLVC Player of the Year Brodric Thomas to a Two-Way contract according to nba.com. Thomas, who signed his first Two-Way contract with the Cavs on February 24th, 2021, played in 32 regular season games (one start) for Cleveland and Houston last season. He recently appeared in five games for the Cavaliers NBA Summer League team and averaged 10.6 points and 4.2 rebounds in over 25 minutes of action.

Thomas also played in the NBA G-League in 2020-21, where he was named to the All-NBA G-League Second Team and All-Rookie Team.

NBA teams may have up to two players under NBA Two-Way Contracts who will spend the bulk of the season in the NBA G League and not more than 45 days with their NBA team.

Thomas led the Truman Bulldogs to the GLVC Championship in 2019-20, while earning conference Player of the Year honors.