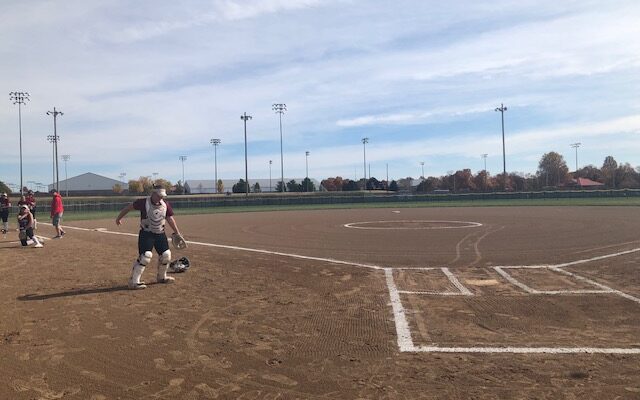 The Canton Lady Tigers rallied from a 2-0 deficit to defeat Marion C. Early 3-2 in Friday’s Class 1 Semifinal.  MCE went ahead 2-0 on a two-run single by Hailey Presley in the top of the fifth.  In the bottom of the inning Presley retired the first two Canton batters.  Nariah Clay then stepped to the plate to shift the momentum into Canton’s favor.

Colin Schowe with the call on Superstation KRES and centralmoinfo.com.  Madison Gorrell followed with a single.  Kinsley Biggerstaff then blooped a double into center field that chased Gorrell home to tie the game.  The Lady Tigers completed the comeback in the sixth when Allie Ruffcorn led-off with a single.  Three batters later, Kielyn Ott, brought her in with a sacrifice fly to give the Lady Tigers the lead.  Canton coach Kristyn Arens said they stuck to the script offensively.

Emma Hultz retired the final nine batters she faced to secure the win for Canton.  The Lady Tigers outhit MCE 8-6.  Eight different Canton hitters accounted for the hits and all nine batters reached base.  Arens said this was a total team effort.

Canton improves to 26-5 on the season.  They will face Polo in the Class 1 Championship tomorrow.  Coverage of that game will begin at 2:15 on 99.9 The Captain.