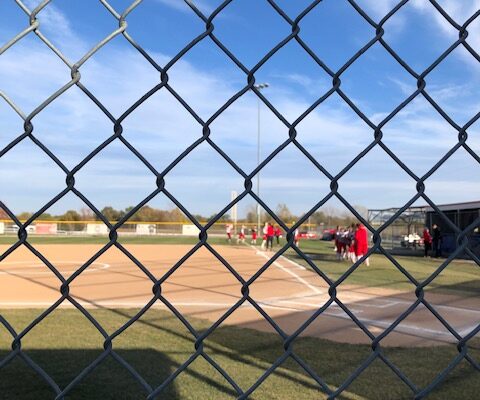 After being knocked out of the Class 1 Playoffs each of the last two seasons by La Plata, the Canton Lady Tigers got a measure of revenge Wednesday night by way of a 12-0 victory at the La Plata Sports Complex. Canton struck in the first inning on a two-run double by Emma Hultz. They then doubled their advantage in the second inning courtesy of Macy Glasgow.

Colin Schowe with the call on Superstation KRES and centralmoinfo.com of Glasgow’s second home run of the season. Glasgow finished the game 2-2 with three RBIs. She also came across to score the winning run in Saturday’s district championship win against North Shelby. Canton coach Kristyn Arens said Glasgow is locked-in.

The Lady Tigers put the game out of reach with seven runs in the third inning as they took advantage of five La Plata walks in the frame. Arens said she likes the way her team is focused on the task at hand.

Canton outhit La Plata 8-4 for the game. The Lady Bulldogs left the bases loaded in the first inning and had a second inning threat erased when Audrey Belfield was thrown out at home on a double play. La Plata coach Sarah Farnsworth said those missed opportunities changed the game.

The Lady Bulldogs finish the season with a record of 18-11. Farnsworth is hopeful this season-ending defeat drives her team forward.

La Plata graduates just two seniors from this year’s team. Canton improves to 24-5 and advances to face Braymer in a Class 1 Quarterfinal on Saturday.