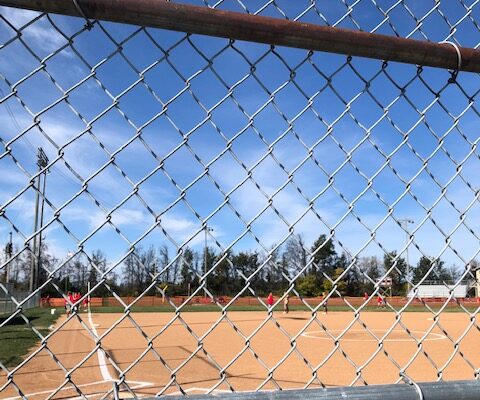 The Canton Lady Tigers captured their fourth straight district title with a 3-2 win over North Shelby in nine innings. Canton jumped in front with runs in the second and fourth innings. North Shelby answered with an RBI double by Caroline Linberger in the bottom of the fourth to cut the deficit to 2-1. Natalie Thrasher then evened the score in the next inning.

Colin Schowe with the call on KTCM 97.3 and centralmoinfo.com. The game remained tied at 2-2 into the bottom of the seventh when the Lady Raiders loaded the bases with one out against Canton starting pitcher Emma Hultz. Canton head coach Kristyn Arens ended up making her second visit with Hultz in the inning forcing her to take her ace out for one batter. Reliever Allie Ruffcorn was able to get Thrasher to popout to Hultz who moved to first base. Hultz then re-entered as a pitcher against the next batter, Linberger, and was able to strike her out to end the threat. Arens credited her team for finding their way out of a tight situation.

The game stayed tied until the top of the ninth inning when Canton’s Macie Fisher stepped to the plate with two outs and a runner on second.

Prior to that inning the Lady Tigers hadn’t had a runner reach base since the sixth inning. Arens said her team stayed the course offensively.

Despite stinging line drives off the bats of Thrasher and Chesnie Robbins in the ninth inning, the Lady Raiders went down in order to have their season end with a record of 17-6. Hits for the game were even at 8-8. North Shelby coach Donny Williams said they just couldn’t find the timely hit.

The Lady Raiders graduate seven seniors from this year’s team. Williams described what this group means to him.

With the win Canton improved to 23-5 and will face La Plata in Wednesday’s Class 1 Sectional round. You can hear full postgame interviews with both coaches online at centralmoinfo.com.