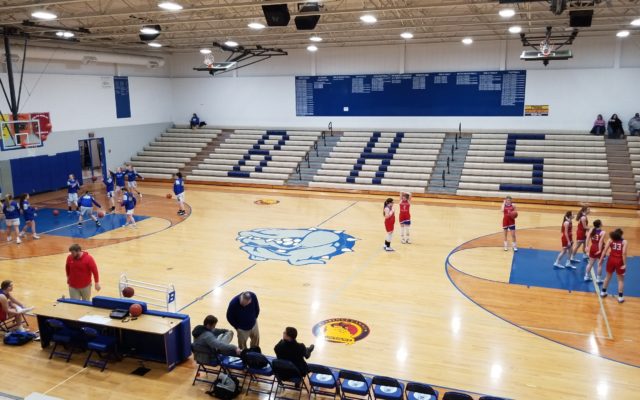 The Brookfield boys and South Shelby girls won a pair of games decided in the fourth quarter.

The Brookfield boys held on to win 58-55. The Bulldogs led 45-36 after three quarters, but the game came down to the final minute.

Austin Ward with the call on 99.9 The Captain. Earlier in the game, South Shelby went on an 8-0 to begin the third quarter to tie the game before Brookfield immediately responded with an 11-0 run of its own. Coach Carey Davison…

Carsen Beckman had a game-high 18 points and Beau Kunkel scored 17 for the Bulldogs. South Shelby initially led 17-13 after one quarter but never grabbed another lead after relinquishing it in the second. Coach Dalton Armontrout explained how his team was able to crawl back to force the late tie.

Cole Mitchell led the team with 14 points while Trey Countryman put in 10. South Shelby falls to 9-15 and Brookfield moves to 4-17.

Gaines finished with 15 points. South Shelby was held to just 24 points through the first three quarters. Coach Luke O’Laughlin shared the difference down the stretch.