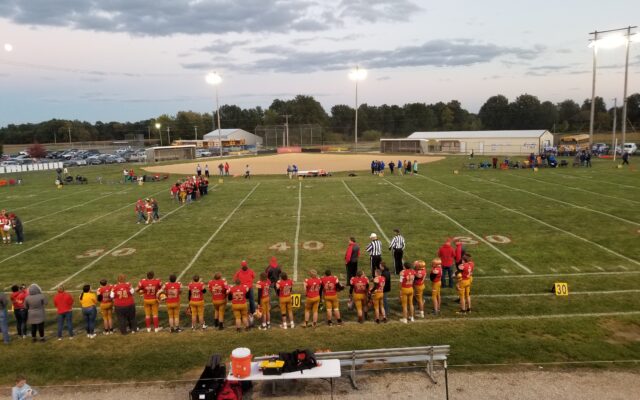 St. Paul Lutheran outscored North Shelby 30-6 in the second half to help hand the Raiders their first loss of the season 52-24. There were three lead changes in the final two minutes of the first half.

The 28-point loss is the largest margin of defeat for North Shelby since 2018.

The Saints have now won six in-a-row. North Shelby next travels to Orrick.