Bader Wants to Lock Down A Spot in the Cards Lineup 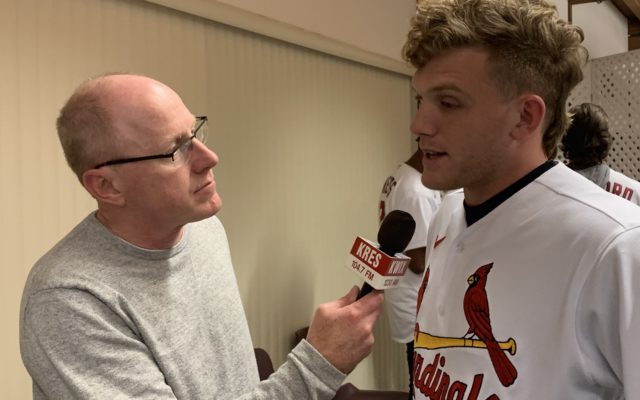 During the St. Louis Cardinals’ Winter Warm-up event in January, Harrison Bader stated “I’m the starting center fielder. It’s my position, I’m going to take it.” At the Cardinals Caravan stop in Quincy, Brad caught up with Bader and asked him how he planned to lock down that spot in the lineup….

Bader was sent down to Triple-A Memphis last season where he played 16 games. Bader acknowledged that he needs to cut down on strikeouts….

No one questions his glove. Bader led all Major League outfielders with four double plays, while ranking tied for 8th in outfield assists with eight. Bader discussed his hard-nosed approach to playing the game….

Our first spring training broadcasts will come this weekend when the St. Louis Cardinals play the New York Mets. You can hear Saturday’s game on 99.9fm KIRK at 11:55 and you can hear Sunday’s game on KRES starting at 12noon.