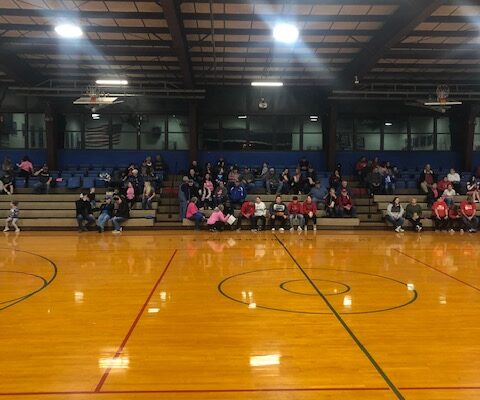 The Atlanta Boys and La Plata girls basketball teams took control of their respective games in the first half to win comfortably Tuesday night at Atlanta High School.

In the boys’ game, Atlanta used a 13-0 run in the second quarter to break open their contest with La Plata for a 67-45 win. A three-pointer by La Plata’s Kaden Safley cut the score to 19-14 early in the frame. However, Atlanta’s ensuing scoring run was later followed by Landon Gilliland putting his stamp on the first half for the Hornets.

Colin Schowe with the calls on 99.9 The Captain and centralmoinfo.com. Gilliland finished with a game-high 22 points. The Hornets featured three other players in double figures with Jason Viers scoring eleven and both Jaron Peavler and Roman Phillips adding ten each. Atlanta coach Jason White said the balanced scoring is expected from the team.

Atlanta improves to 11-4 with the win. La Plata was led by Cutter St. Clair with 18 points while Lee Mack chipped in ten. The Bulldogs trailed 59-27 heading into the fourth quarter. La Plata boys coach Greg Buescher said he liked the way his team battled until the end.

In the girls’ game, La Plata hit seven three-pointers in the first half on their way to securing a 73-42 victory over Atlanta. Brooklyn Carvajal led the three-point bombardment with three on her way to a 17-point night. Claire Coy dominated the paint to lead all scorers with 23. La Plata girls coach Nathan Simler said he was pleased with the offensive execution.

La Plata improved to 10-4 while Atlanta falls to 8-7. The Lady Hornets were led by Kyley Magers with 20 points. White said their biggest issue in the game was turnovers.