Ambroson Reflects On Winning A State Football Championship At Smithville 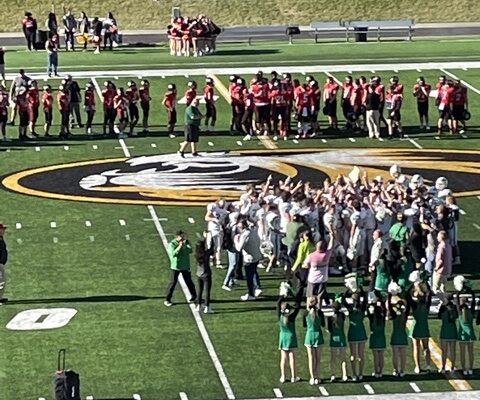 Ambroson discussed what winning a state title means to him…..

Ambroson spent 14 years building the Moberly football program. He went 78-46, including the program’s first NCMC, district and sectional titles. Ambroson was blown away by how many Spartan fans came to the championship game….

A special moment was when Ambroson got to walk onto the field side-by-side with his son….

In his 7th year, Jason Ambroson led Smithville to a perfect 13-0 season. One of Ambro’s former players, 2004 Moberly graduate Ryan McCluskey was his offensive coordinator at Smithville. You can hear the full interview with Jason Ambroson Wednesday on KWIXland This Morning at 8:33.