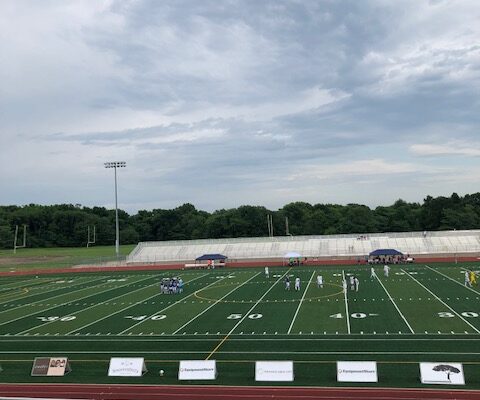 Mid-Missouri now has a professional soccer team to call its very own as AFC Columbia has taken the field for its first season. The team played their home opener this past Saturday, which resulted in a 2-0 defeat in an exhibition game against B.O.F.H.S. Saint Louis. Despite the defeat, AFC Columbia head coach Kurtis Boardsen says he likes the way the team is performing early on.

Boardsen is a 2007 Moberly High School graduate who most recently coached the Battle High School girls soccer team earlier this year. AFC Columbia plays in the Midwest Premier League’s South Conference. They feature a number of local high school and college graduates. Boardsen credits these programs for preparing the players for this level.

While AFC Columbia is playing in their inaugural season, the origins of the club go further back.

Boardsen says his role with the club has evolved since its founding.